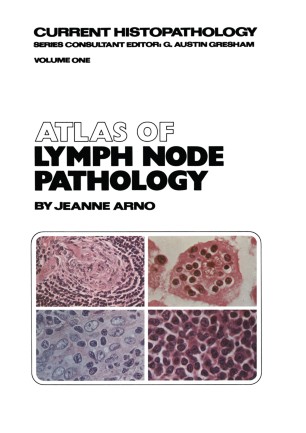 The scope of this book includes several contro­ apparent instability of viewpoint and nomenclature versial areas and it is impossible to give an account has made many wary. but it is hoped that an under­ which satisfies everyone. including the author. lying simple basis will allow future changes to be However. the prime objective has been to aid in the easily assimilated. interpretation of histopathological appearances in Detailed accounts of methods of classification lymph nodes. To that end. there is some attempt at are omitted. being widely available elsewhere. nor rationalization whilst admitting that. in rationalizing is there any attempt to be comprehensive. The biological processes. there is a danger of distortion discussion is limited almost exclusively to the and inconsistency. appearances in routine sections. stained with haema­ Normal structure and function of lymph nodes is toxylin and eosin. with the addition of a few special taken as the backbone from which reactive changes stains. since additional technical methods are not on the one hand. and neoplastic transformation on always available. The limitations that this imposes the other. can be seen to take their origin. Where the are acknowledged. backbone itself is faulty. then there occur distur­ bances of immunological function. which engender another group of histological changes. Lastly. Acknowledgements essentially systemic disorders may be reflected in I should like to thank: lymph nodes. Mrs Mary Wright who typed the manuscript; the This simple approach can be used to bring order Technical Staff of the Histology Laboratory.