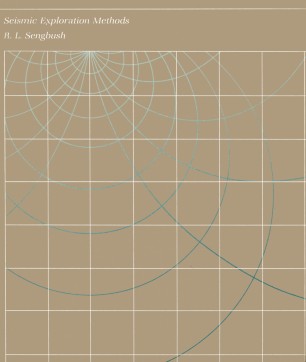 This book describes the seismic methods used in geophys­ ical exploration for oil and gas in a comprehensive, non­ rigorous, mathematical manner. I have used it and its predecessors as a manual for short courses in seismic methods, and it has been extensively revised time and again to include the latest advances in our truly remark­ able science. I once called it, "Advanced Seismic Inter­ pretation," but the geophysicists who attended the courses always wondered when I was going to start dis­ cussing interpretation. They discovered at the end that I never did discuss interpretation as they knew it. No men­ tion was made of reflection picking, posting times, map­ ping, contouring, and things they already knew perfectly well. Instead, I discussed Fourier transforms, sampling theory, impulse responses, distortion operators, Wiener filters, noise in f-k space, velocity spectra, wave-equation migration, and direct detection of hydrocarbons as each of these topics appeared on the seismic scene. I wanted the geophysicists to think beyond the routine ofinterpre­ tation, to develop a better understanding of why seismic sections look as they do, to have a better feel for what digital processing is doing, for good or evil, to the seismic data. I attempted to stretch their minds. Whitehead said it best: "A mind once stretched by a new idea can never shrink to its former dimension. " May this book be a suc­ cessful mind-stretcher. R. L.