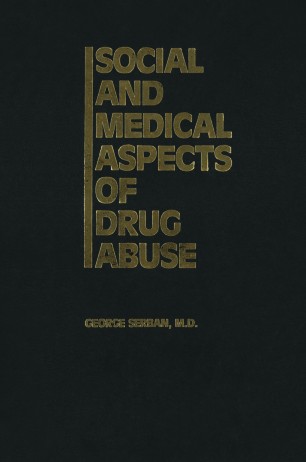 The phenomenon of drug abuse is part of the human experience that extends as far back in time as recorded history exists. Today, however, it has a new and much greater dramatic urgency. The reasons for this are multiple and worrisome. Last year, of the total of approximately 1.9 million total deaths that occurred in the United States, a conservative estimate is that more than one-quarter were premature deaths due to the addictive disorders. These include over 300,000 deaths related to cigarette smoking, which represents in many respects the prototypic addiction in this country; over 200,000 deaths related to alcohol, and many more related to mUltiple other drugs-licit and illicit-that are abused in this society. Twenty-five years ago, drug use was essentially unknown in our school age population. In 1960, a tragic increase of drug use in our young people began, so that by 1978 more high school seniors were current users of marijuana than of cigarettes. Despite the fact that the use of most drugs by high school populations appears to have peaked in the late 1970s and to be decreasing at the present time, most experts still believe that drug use by American young people represents the highest level of that found in any Western developed country.