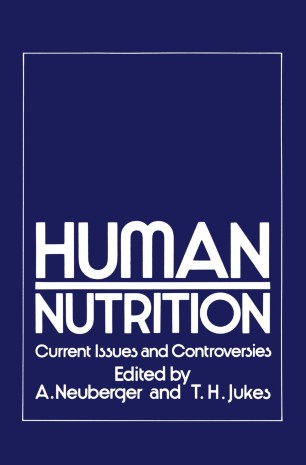 This new volume deals with a number of important and current topics in human nutrition that we hope will be of general interest to those concerned with this subject. We have first of all a chapter by J. S. Garrow and S. Blaza on energy requirements, which has a direct bearing on the problem of obesity, and which largely affects the populations of developed and afiluent countries. This is followed by a chapter on fluoride and the fluoridation of water, under the authorship of G. N. Jenkins. The addition of fluoride to drinking water has given rise to a great deal of discussion both amongst scientists and the public at large, and the present account tries to give the scientific background and a critical evaluation of established facts. The chapter by G. Owen on the nutritional status of North Americans is also likely to be of interest to other countries, as the techniques used and the problems encountered are similar to' those encountered in other parts ofthe world. A chapter on nitrates, nitrites and nitrosamines by S. R. Tannenbaum discusses a topic which again has engendered widespread interest amongst a large number of people, and where a balanced presentation of the relevant facts is particularly important. One of the fields in which biochemistry, physiology and nutrition have made enormous advances over the last few years is that of vitamin D and the new knowledge acquired on control of the metabolism of calcium and phosphorus.