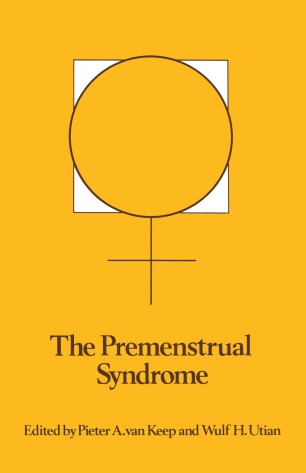 Proceedings of a workshop held during the Sixth International Congress of Psychosomatic Obstetrics and Gynecology, Berlin, September 1980

Despite a plethora of theories, premenstrual syndrome (PMS) has remained an enigma. There has persisted in the literature a constant conflict as to the existence of the syndrome, a question as to whether it is one syndrome or several, and a debate as to whether the origin is psychic, somatic, or both. Advances in endocrinology, specifically in radioligand assays, allowing for accurate hormone measurements, have precipitated a more scientific evaluation of PMS in recent years. Nonetheless, diffi­ culties have persisted in accumulating well-documented data because of the protean nature of the syndrome. Indeed, even at this time, the question of what requires measurement during the follicular phase of the cycle and the premenstrual phase remains unresolved, and is difficult to place in perspective. In view of the persisting conflict between the organic and the psychological schools of thought, we, the editors of this book, considered the Sixth International Congress of Psychosomatic Obstetrics and Gynecology to be an ideal venue for a workshop in which both parties could be encouraged to participate. Towards this end, the organizing committee of the Inter­ national Society of Psychosomatic Obstetrics and Gynecology (ISPOG) was approached, and their response was extremely encouraging. In this respect, we wish to record our thanks to the Scientific Committee oflSOPG for allowing this workshop to be organized under their auspices, but totally under our direction. We, in turn, stand responsible for the format and content of the workshop.