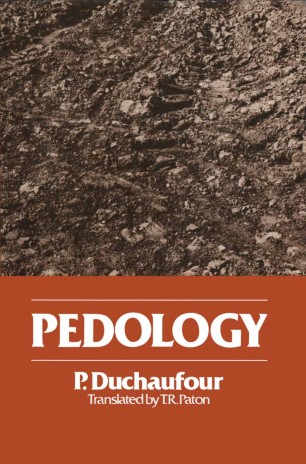 This book is the first of two volumes intended to replace the old and now out of print Precis de pedologie, the previous three editions of which were pro­ duced by the same publisher in 1960, 1965 and 1970. It was apparent that the term 'precis', which means that the text was neces­ sarily condensed and summarised, no longer corresponded with the present day situation, for pedology has developed considerably in the past 10 years and it now makes use of the most modern and varied research techniques. It has become an entirely separate discipline and has assumed, at least in certain countries, considerable importance. In addition, different schools of thought have developed and their sometimes contradictory viewpoints are presented at many international conferences, which, if valid conclusions are to be reached from them, required considerable space for discussion. Thus, even by being very concise it was no longer possible to deal with the whole of soil science within the space of one volume, so that a two volume format became a necessity. As soil science is known to have two fundamentally distinct aspects, it has been easy to determine the contents of each volume and also to give each an identity and unity, as well as enabling a different kind of presentation to be made in each case.