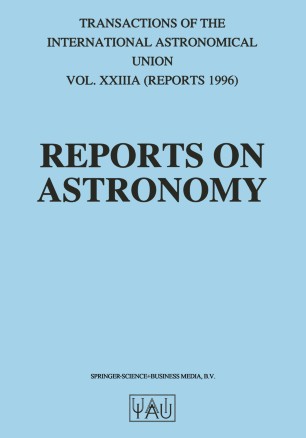 IAU Transactions are published as a volume corresponding to each General Assembly. Volume A is produced prior to the Assembly and contains Reports on Astronomy, prepared by each Commission President. The intention is to summarize the astronomical results that have affected the work of the Commission since the production of the previous Reports up to a time which is about one year prior to the General Assembly. Volume B is produced after the Assembly and contains accounts of Commission Meetings which were held, together with other material. The reports included in the present volume range from outline summaries to lengthy compilations and references. Most reports are in English.