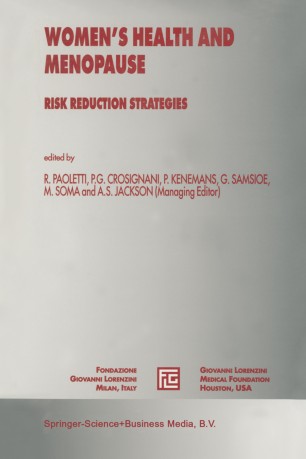 Despite its universality in human female aging, the menopause and its biology are not completely understood. New biologic mechanisms by which sex hormones may be detrimental or confer protection are continually being discovered.
We are now starting to understand that the role of the estrogen receptor is not identical in all tissues. Important nongenomic effects for sex hormones have also been described. Hormone replacement therapy (HRT) has produced effects on health risks: some are reduced, some are increased, and the rest remain uncertain. HRT is being used by an increasing number of women to alleviate climacteric symptoms in the perimenopausal period and to prevent osteoporosis and cardiovascular disease later. Positive effects on Alzheimer's disease and dementia on the one hand, and an increase in venous thrombosis on the other, are currently being reported by several groups. Both the preventive benefits and the risk of breast cancer seem to be linked to long-term and current use. HRT requires further testing through specific clinical trials, currently underway in the United States, before confident recommendations may be made about the full range of benefits and risks.