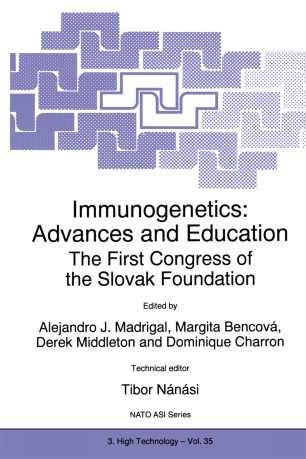 The First Congress of the Slovak Foundation

M. BENcovA Slovak Foundation Education in Immunogenetics Kopanice 25, 821 04 Bratislava Slovak Republic Short History of Slovakia After the end of the 5th century, the major part of Central Europe was dominated by Slavs (Slovaks). They had already in the 7th century settle­ ments in the vicinity of towns Bratislava, Devin, Nitra to create the Slovak's state formation with the name "The Empire of Sam", territory of which corresponded to that of Slovakia of present. The Empire of Sam was also the first state formation in the Central Europe (as present states Czech Republic, Poland, Hungary, Slovakia etc. ) Very important town of this state was Nitra, with the biggest Castle in the Central Europe with his Duke Pribina. The first Church of the Central Europe was built here in the year 830, and it is now considered to be the "Slovak Bethlehem". In the year 880, Nitra also became the first Office of Bishops. Later, the Slovak Duke Pribina and Moravian Duke Mojmir (Moravia corresponded to eastern part of the present Czech Republic) joined their formations to common state "Greate Moravian Empire". The strongest King of the Great Moravian Empire was Svatopluk (864 A. D. ), who spread his empire over Czech Republic, Hungary and part of Poland, Ukraine and eastern Germany of present, which at that time still did not exist as state formations.