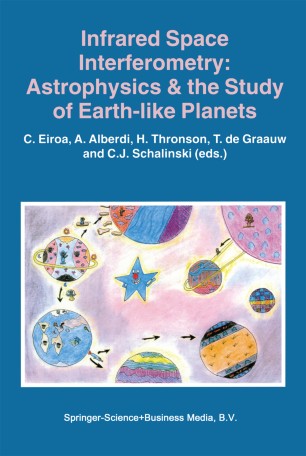 The past year has produced some of the most exciting results in the history of astronomy, particularly in the area of planets outside our solar system. Only a half-year before our meeting in Toledo, Spain, the first unambiguous detection of planet-sized masses orbiting main sequence stars were reported. Since that time, evidence for a new exo­ planet has been reported almost at the rate of about once per month. Some of these objects are likely to turn out to be very low-mass stars, but something like half show characteristics - Jupiter-like mass and near-zero orbital eccentricity - which appear to be unique to planets. Almost at the same time that giant planets were being discovered regularly, the two major space agencies, ESA and NASA, have iden­ tified searches for and detailed study of Earth-like planets as a major priority for the future. In ESA's "Horizon 2000 Plus" programme, an infrared interferometer has been proposed as a possible future Cor­ nerstone mission. Similarly, scientists in the US produced the "Road Map for the Exploration of Neighboring Planetary Systems (ExNPS)", which provided NASA with a long-term plan which leads also to an infrared interferometer in space to study hypothetical Earth-like worlds beyond our Solar System. Such an observatory is designed to search for the thermal emission from a family of planets, using interferometric nulling to remove the contaminating light from the central star.