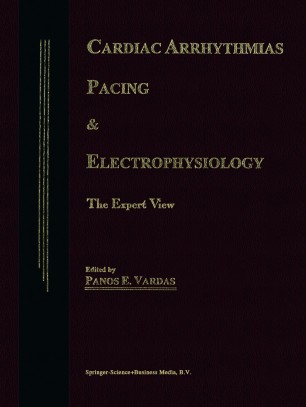 Europace '97 was held in Athens, Greece, on 8-11 June Leads were, as usual, an important topic, with the earl­ 1997 in the city of classical civilisation and learning. iest mention of the then-new polyurethane leads. Future Though now held in modem surroundings and meeting conferences elaborated on these basic topics while pro­ facilities, the influence of the ancient city-state was un­ gressively adding sensors and sensor function, dual­ mistakable, with the architecture and learning of antiquity chamber pacing, and recognising the development of looming over the city, by its influence over the intellectual clinical cardiac electrophysiology. activities of the symposium. The ancient magnificence of Clinical cardiac electrophysiology and compre­ the site was matched by the novelty of modem art and hension of arrhythmias has been largely a development science, Europace is a European symposium, begun in of the twentieth century. With the description and 1979, and has occurred every second year since. Con­ recording of the bundle of His depolarisation, by direct sistent with its importance and continental reach the actual access and by catheter, modem clinical investigation of symposium has moved to different cities throughout arrhythmias and cardiac electrophysiology began. The Western Europe. The first symposium was held in London disciplines of cardiac stimulation and of investigation of and subsequent symposia have been held in Torremolinos, arrhythmias, impulse formation and A V conduction Ostend, Florence, Istanbul and other cities. Because of the were essentially separate for many years.