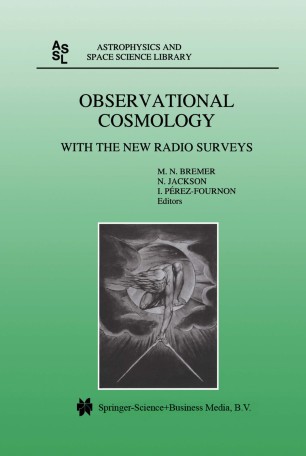 Radio surveys play an important role in observational cosmology. However, until recently the surveys have been either of wide area but with low sensitivity or of small area with high sensitivity. Both limit the kinds of cosmology that can be carried out with radio surveys.
This situation has been revolutionised in the past few years by the availability of new, large-area, high-sensitivity radio surveys at both low and high radio frequencies. These significant improvements allow studies based on both the statistics of the surveys themselves and multiwavelength follow-up of the galaxies and AGN responsible for the radio emission. It is therefore an opportune time to summarise progress in this field with a workshop.
This book comprises the proceedings of the `Observational Cosmology with the New Radio Surveys' workshop, held on Tenerife, January 13-15, 1997. Topics covered include: lessons learned and important results from earlier surveys, descriptions of some of the new surveys, clusters of galaxies and large-scale structure, radio source evolution, CMB studies, gravitational lensing and multiwavelength studies of distant radio sources.