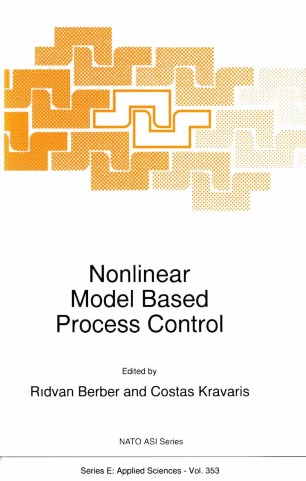 The ASI on Nonlinear Model Based Process Control (August 10-20, 1997~ Antalya - Turkey) convened as a continuation of a previous ASI which was held in August 1994 in Antalya on Methods of Model Based Process Control in a more general context. In 1994, the contributions and discussions convincingly showed that industrial process control would increasingly rely on nonlinear model based control systems. Therefore, the idea for organizing this ASI was motivated by the success of the first one, the enthusiasm expressed by the scientific community for continuing contact, and the growing incentive for on-line control algorithms for nonlinear processes. This is due to tighter constraints and constantly changing performance objectives that now force the processes to be operated over a wider range of conditions compared to the past, and the fact that many of industrial operations are nonlinear in nature. The ASI intended to review in depth and in a global way the state-of-the-art in nonlinear model based control. The list of lecturers consisted of 12 eminent scientists leading the principal developments in the area, as well as industrial specialists experienced in the application of these techniques. Selected out of a large number of applications, there was a high quality, active audience composed of 59 students from 20 countries. Including family members accompanying the participants, the group formed a large body of92 persons. Out of the 71 participants, 11 were from industry.