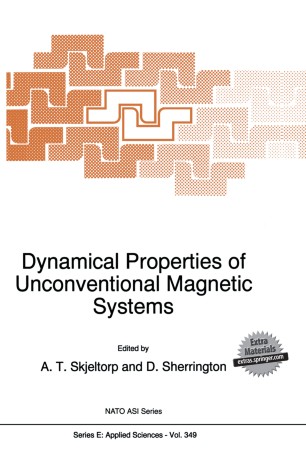 Magnetism encompasses a wide range of systems and physical phenomena, and its study has posed and exposed both important fundamental problems and many practical applications.
Recently, several entirely new phenomena have thus been discovered, generated through cooperative behaviour which could not have been predicted from a knowledge of `one-spin' states. At the same time, advances in sample preparation, experimental technique, apparatus and radiation sources, have led to increasing precision in the investigation and exposure of greater subtleties in magnetic thin films, multilayers and other systems.
Examples of unexpected and conceptually new phenomena occur in strongly correlated and fluctuating quantum systems, producing effects such as Haldane and spin-Peierls gaps, solitons, quantum spin glasses and spin liquids. The discovery and elucidation of these `emerging properties' is a central theme in modern condensed matter physics.
The present book comprises a series of chapters by world experts, covering both theoretical and experimental aspects. The approach is pedagogical and tutorial, but fully up to date, covering the latest research. The level is appropriate to graduate researchers who may either be just moving into the field or who are already active in condensed matter physics.