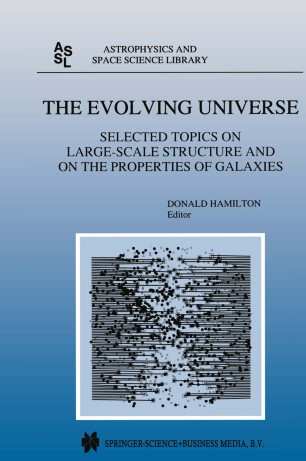 1. The Workshop and this Tome In the excellent bucolic setting of SchloB Ringberg in Upper Bavaria, over 50 scientists assembled during the week of 23-28 September 1996 to discuss recent results, both theoretical and observational in nature, on the large­ scale structure of the Universe. Such a topic is perhaps nowadays far too encompassing, and is essentially all of what we used to call "observational cosmology. " The original philosophy of the organization of this meeting was deliber­ ated aimed at the younger community and their contributions. As a conse­ quence, the content of the presentations was refreshingly new, as it should be. In spite of the deficiences caused by the lack of certain key researchers in this field, for one reason or another, the final result was rewarding to all. Although the conference was held in Fall 1996, the contributions contained herein were submitted as late as Spring 1998, thus the content maintains some degree of trendiness. Originally the current volume was to be a "proceedings. " This refers to the usual archival tome that fills one's shelf and is rarely consulted, except to see the canonical group photo, which by the way, we also have. Nevertheless, I wanted something more than that. Although the field is rapidly changing, with so-called facts in a state ofconstant volubility, now is a good time for reflection prior to the commencement ofthe Sloan Survey, presumably the definitive large-scale program of low- to moderate-redshift galaxies in our lifetime.