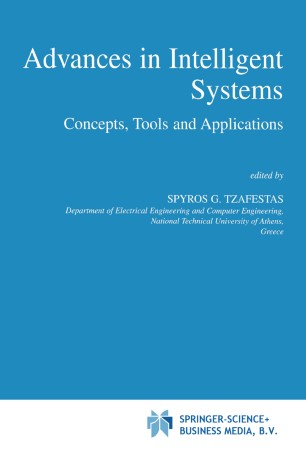 Intelligent Systems involve a large class of systems which posses human-like capabilities such as learning, observation, perception, interpretation, reasoning under uncertainty, planning in known and unknown environments, decision making, and control action. The field of intelligent systems is actually a new interdisciplinary field which is the outcome of the interaction, cooperation and synergetic merging of classical fields such as system theory, control theory, artificial intelligence, information theory, operational research, soft computing, communications, linguistic theory, and others. Integrated intelligent decision and control systems involve three primary hierarchical levels, namely organization, coordination and execution levels. As we proceed from the be performed organization to the execution level, the precision about the jobs to increases and accordingly the intelligence required for these jobs decreases. This is in compliance with the principle of increasing precision with decreasing intelligence (IPOI) known from the management field and theoretically established by Saridis using information theory concepts. This book is concerned with intelligent systems and techniques and gives emphasis on the computational and processing issues. Control issues are not included here. The contributions of the book are presented in four parts as follows.