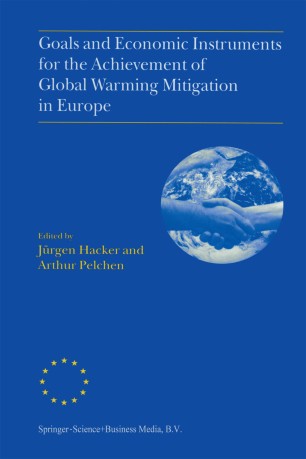 Climate change poses important challenges to research and policy. Within three decades, an issue that was initially confined to the attention of a few scientists became the topic of large-scale research programmes, national and European policies and an international Convention. While significant uncertainties remain on the timing and scale of the changes to be expected and of their impacts, an appreci­ ation emerged of the high ecological, economic, political and social stakes involved and lead to governmental, business and citizens' initiatives. After focusing on the understanding of climate processes and the possible impacts of climate change on ecosystems, European research - and international research more generally - started addressing also the social, economic and policy causes of and responses to climate change. In the meantime, local, national and European measures started being developed to mitigate carbon dioxide emissions, a European target was agreed to achieve the stabilization of carbon dioxide by 2000 at the levels of 1990, the Framework Convention on Climate Change (FCCC) was adopted and was followed by its Kyoto Protocol.