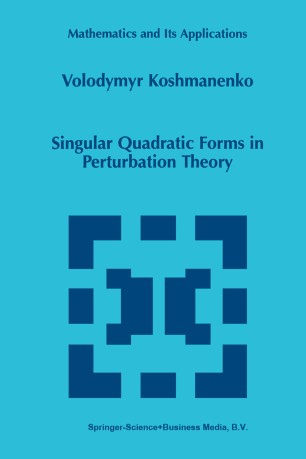 Part of the Mathematics and Its Applications book series (MAIA, volume 474)

The notion of singular quadratic form appears in mathematical physics as a tool for the investigation of formal expressions corresponding to perturbations devoid of operator sense. Numerous physical models are based on the use of Hamiltonians containing perturba­ tion terms with singular properties. Typical examples of such expressions are Schrodin­ ger operators with O-potentials (-~ + AD) and Hamiltonians in quantum field theory with perturbations given in terms of operators of creation and annihilation (P(