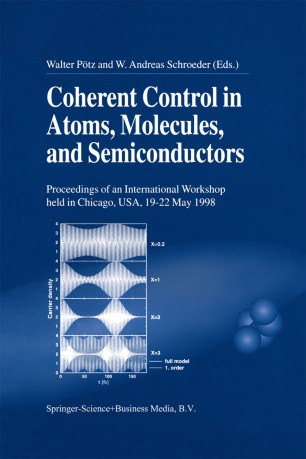 The International Workshop on Coherent Control of Carrier Dynamics in Semiconductors was held May 19 to 22, 1998 at the University of Illinois at Chicago. Its intent was to bring together an international and interdisciplinary group of scientists to discuss recent progress, pertinent problems, and open questions in the field of coherent control in atoms, molecules, and semiconductors, in particular. Twenty-seven scientists from the physical chemistry, quantum optics, semiconductor, electrical engineering, and laser communities accepted our invitation and made this event a meeting of exciting presentations and vivid discussions. This volume contains the proceedings of this workshop. Most speakers accepted our invitation to provide a manuscript either on specific aspects of their work or a brief review of their area of research. All manuscripts were reviewed. It is hoped that they provide not merely an overview of most of the issues covered during the workshop, but also represent an account of the current state of coherent control in general. Hence, it is hoped that they are also of interest to a large number of scientists active in one of the areas listed above. The organizers of this workshop would like to thank all the participants for making this meeting a complete success. We are particularly indebted to Dr. Larry R. Cooper at the U.S. Office of Naval Research and Dr.