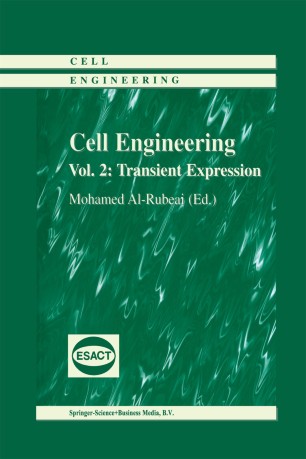 The advantages of the baculovirus system are rooted in the properties of the virus and the host (insect, or cell lines derived from it). During the normal infection cycle, two forms of the virus are produced: an early budded virus (BY) form (Kost et al. , 2000), in which the viral DNA and structural proteins are surrounded by membrane derived from the infected cell; and a late occluded form (occlusion-derived virus, ODy), consisting of enveloped viral cores which are embedded in a crystal matrix of viral proteins. The principal component of the matrix is the abundantly expressed protein polyhedrin. The budded virus rapidly spreads the infection from cell to cell within the insect host, resulting ultimately in the complete liquefaction of the host, and release of occluded virus into the environment. The occluded form protects the released virus, allowing it to survive for long periods in the environment until ingested by another host. In the alkaline environment ofthe insect gut, the protective protein matrix is removed, and the life cycle is repeated. In insect cell cultures, only the BV form of baculovirus is required, and the polyhedrin gene may be replaced with the gene for the recombinant protein. An additional benefit of replacing or deleting polyhedrin is that it effectively makes the virus unable to survive outside the laboratory, an advantage in terms of environmental safety. The system is intrinsically safe to animals, being unable to replicate in species other than a limited range of insects.