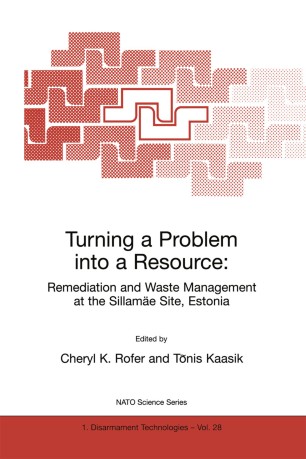 Turning a Problem into a Resource: Remediation and Waste Management at the Sillamäe Site, Estonia

In its present condition, the dam of the tailings pond is less stable than is recommended by international practice. A surveillance system has been established to observe both vertical and horizontal soil movement and the buildup of stresses in the soil. The stability of the dam depends primarily on erosion by shore processes and the consequent reduction of the counterbalance, as well as the reduction in strength of the Cambrian clay underlying the dam caused by creep and by water percolating to the bottom of the pond. The most critical need is to enlarge the counterbalance and to stop erosion. The surveillance system should be supplemented with a system of inclinometers. Monitoring of coastal processes should be continued. At present, the hydrodynamic stress on the dam is minimal because the pebble layer allows drainage of water out of the tailings pond and into the sea. The regulatory requirement to end emissions into the Baltic Sea must be met without causing undesirable hydrodynamic stresses on the dam. This could be done by covering the pond and diverting precipitation water. 9. References I. Report on Topographic-Geodetic Studies at the Tailings Pond. 1965, No. A-4-01187 (in Russian). 2. Report on Geotechnical Studies at the Tailings Pond of Plant PO Box 22. 1965, No. 64691 (in Russian). 3. Report on Topographic-Geodetic and Geotechnical Studies at the Thennal Power Plant's Ash Impoundment. 1976, No. 15740 (in Russian). 4. Technical Report on Topographic Planning of the Thennal Power Plant's Ash Impoundment. 1979, No.