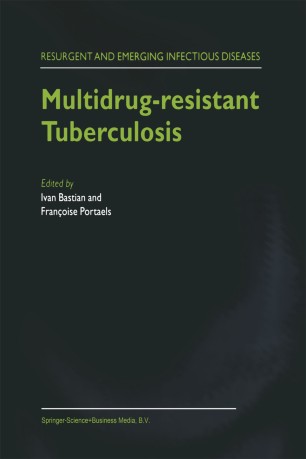 Multidrug-resistant tuberculosis: past, present and future Ivan Bastian and Franyoise Portaels Mycobacteriology Unit. Institute of Tropical Medicine. Antwerp. Belgium The Lord hath created medicines out of the earth and he that is wise will not abhor them. Ecclesiasticus 38:4, quoted by Selman Waksman when accepting the 1952 Nobel Prize for Medicine that was awarded for the discovery of the first effective antituberculosis drug. streptomycin. which was derived from the soil bacterium, Streptomyces grisells. 1. HISTORICAL PERSPECTIVE This book has been published at the close of the twentieth century when the medical profession and the general community are increasingly concerned about the threat of multidrug-resistant tuberculosis (MDRTB)[1. 2]. However, at this epoch, it is enlightening to move back from our immediate concerns about MDRTB 'hot spots' in Asia, South America, and the former Soviet Union [3], and to place our current predicament in an historical context. If the results of the global survey of antituberculosis drug resistance conducted by the World Health Organisation (WHO) and the International Union against Tuberculosis and Lung Disease (IUATLD) can be extrapolated, only 2. 2% of TB cases worldwide are due to multi drug­ resistant strains [3]. At the beginning of the 20th century, all TB cases were refractory to all available therapies. Great advances had been made during the 19th century in the understanding of the epidemiology and pathogenesis of TB, and in the diagnosis of the disease (reviewed in references 4-7).