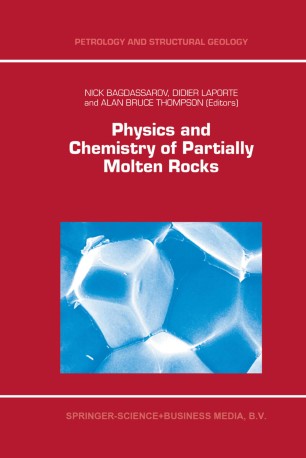 Partial melting occurs in a variety of geological environments, from granitic partial melts in the continental crust, to basaltic or carbonate partial melts in the upper mantle. Partial melting is the first stage of magmatism and therefore plays a role of primary importance in the chemical differentiation of the Earth and in the transport of heat to the Earth surface.
This special volume contains contributions presented at the symposium `Physics and Chemistry of Partially Molten Systems' of the EUG 9 meeting, held in Strasbourg, France, on March 23-27, 1997. It is intended to provide a current understanding of the physics of partial melting and melt segregation and covers topics such as the rheology of partially molten systems, the topology of partial melts, modelling of partial melting processes, and field observations of partial melts.
Audience: This book is intended for a broad readership, including graduate students, specializing in petrology and geodynamics. The volume may be recommended as a textbook for graduate courses on petrology, geomaterial sciences and geophysics.