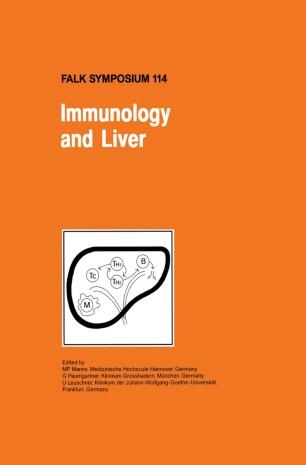 In 1992, the Falk Symposium No. 70 dealt with the topic `Immunology and Liver'. At that time basic mechanisms of immunology as well as immunopathogenetic mechanisms in viral and autoimmune liver diseases were discussed. Now, 7 years later, the Falk Symposium No. 114, held in Basel, Switzerland, October 20-21 1999 (Part I of the Basel Liver Week 1999), focused on immunology in autoimmune liver diseases. In the first section basic mechanisms of autoimmunity are presented, including the relevance of superantigens and the role of apoptosis. A further topic is the latest developments concerning animal models for autoimmune diseases. Recently the International Autoimmune Hepatitis Group newly defined and reclassified the syndrome of autoimmune hepatitis. Autoimmune hepatitis is now identified and studied in all parts of the world, including Asia and South America. A special variant of autoimmune hepatitis was identified as one organ manifestation of the autoimmune polyendocrine syndrome type 1, a genetic disease caused by mutations in a single transcription factor. Drug- and hepatitis-virus induced immune mediated liver diseases may serve as models for nonhepatic immune mediated disorders. DNA technology has increased our knowledge of the immunogenetic background of autoimmune liver diseases. Among the cholestatic immune mediated liver diseases, significant progress has been made concerning primary biliary cirrhosis, in particular regarding the identification of mitochondrial antigens and the characterisation of the immune reactions directed at them. The involvement of infectious agents in PBC as well as the definition of overlap syndromes is a particular focus for basic and clinical research in this area.
Concerning the therapy of autoimmune liver diseases, corticosteroids and azathioprin remain the state of the art for autoimmune hepatitis, while bile acids have become well established in treatment of primary biliary cirrhosis as well as primary sclerosing cholangitis. New drugs in the future will include topical steroids such as budesonide and new immunosuppressive agents like mofetil/mycophenolate. Liver transplantation is the treatment of choice for end stage liver diseases; all autoimmune liver diseases are among the best candidates for liver transplantation. Hopefully, new therapeutic strategies based on the results obtained from experimental models will become everyday clinical practice in the next decade. Therefore this symposium concludes with a discussion.