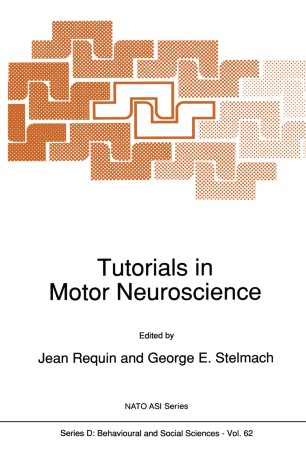 This volume represents the proceedings of a NATO Advanced Study Institute (ASI) on the topic of "Motor Neuroscience" held at the Hotel San 15-24, 1990. The San Bastiano Hotel Bastiano, Calcatoggio (Corsica), September provided a beautiful setting for the ten day ASI in aresort on the west coast of Corsica, near the island's capital city of Ajaccio. The motivation of this ASI originated from the success of an ASI that we organized eleven years ago at Senanque Abbey in the south of France. Our earlier meeting was successful in providing some coherence to a widely scattered literature while providing up to date knowledge on motor control and learning. Our goal for the second ASI was essentially the same. We wanted to appraise the main theoretical ideas that currently characterize the field by bringing together many of the internationally known scientists who are doing much of the contemporary work. It is our hope that these proceedings will provide some conceptual unification to an expanding and diverse literature on motor control.