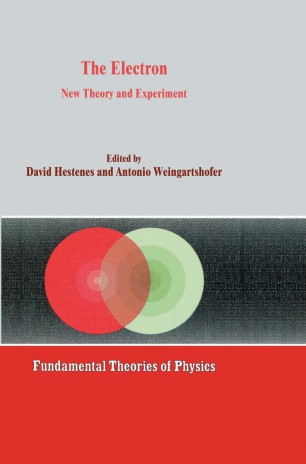 techniques, and raises new issues of physical interpretation as well as possibilities for deepening the theory. (3) Barut contributes a comprehensive review of his own ambitious program in electron theory and quantum electrodynamics. Barut's work is rich with ingenious ideas, and the interest it provokes among other theorists can be seen in the cri tique by Grandy. Cooperstock takes a much different approach to nonlinear field-electron coupling which leads him to conclusions about the size of the electron. (4) Capri and Bandrauk work within the standard framework of quantum electrodynamics. Bandrauk presents a valuable review of his theoretical approach to the striking new photoelectric phenomena in high intensity laser experiments. (5) Jung proposes a theory to merge the ideas of free-free transitions and of scattering chaos, which is becoming increasingly important in the theoretical analysis of nonlinear optical phenomena. For the last half century the properties of electrons have been probed primarily by scattering experiments at ever higher energies. Recently, however, two powerful new experimental techniques have emerged capable of giving alternative experimental views of the electron. We refer to (1) the confinement of single electrons for long term study, and (2) the interaction of electrons with high intensity laser fields. Articles by outstanding practitioners of both techniques are included in Part II of these Proceedings. The precision experiments on trapped electrons by the Washington group quoted above have already led to a Nobel prize for the most accurate measurements of the electron magnetic moment.