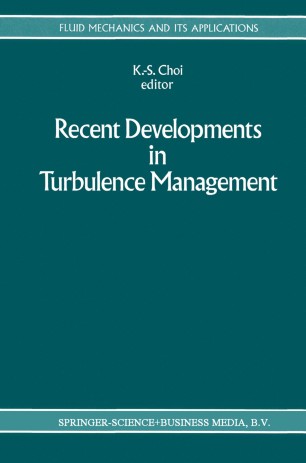 Part of the Fluid Mechanics and Its Applications book series (FMIA, volume 6)

The European Drag Reduction Meeting has been held on 15th and 16th November 1990 in London. This was the fifth of the annual European meetings on drag reduction in engineering flows. The main objective of this meeting was to discuss up-to-date results of drag reduction research carried out in Europe. The organiser has adopted the philosophy of discussing the yesterday's results rather than the last year's results. No written material has therefore been requested for the meeting. It was only after the meeting the submission of papers was requested to the participants, from which 16 papers were selected for this proceedings volume. The meeting has attracted a record number of participants with a total of 52 researchers from seven European countries, U. K. , France, Germany, the Netherlands, Italy, Switzerland and U. S. S. R. as well as from Japan, Canada and Australia. The subjects covered in this proceedings volume include riblets, LEBUs (Large Eddy Break-Up device), surface roughness, compliant surfaces and polymer additives. Riblets seem to be one of the most extensively studied devices in the past years. Reflecting this situation in the European community, there are six papers on riblets covering their practical applications to aircraft and to a model ship, near-wall coherent structure of the boundary layer and effects of flow three-dimensionality. Possibility of heat-transfer enhancement with riblets and potential use in the laminar flow are also investigated. An analytical model is developed for the boundary-layer with a LEBU device.