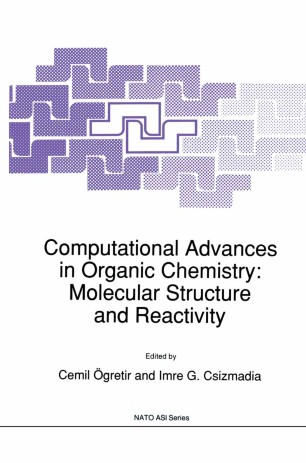 The lecturers as well as the participants came from varied scientific backgrOlUldsfor the NATO -Advanced Study Institute (ASDheld atAltinoluk, Edremit. Turkey during the period of July 31 -August 12 1989. The lecturers were University Professors from the USA, Canada, England, C'-.ermany, France and Spain and they covered a broad spectrwn of specialities from methodology t.o appications. On the other hand students coming from the various NATO countries arrived with an inhomogeneous background to absorb the broad spectnUIl of material covered by the lecturers. However, by the end of the two week period of the ASI, that initial difference in scientific background had been reduced substantially . The lecturers had covered subject matters from the most fundamental to the most applied aspects of theoretical and computational organic chemistry. The lectures were argnmented with tutorial sessions and computational laboratory led by a small group of carefnlly selected tutors. Overall, this NATO -ASI was a ~at success and the Editors are hopeful that the present volume will communicate the scientific success and will radiate the intellectual spirit of the meeting.