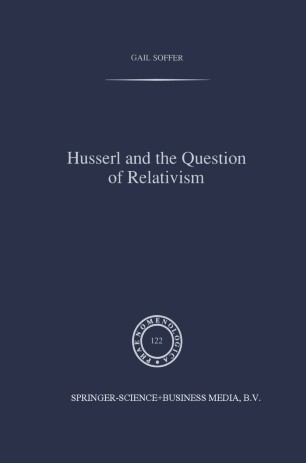 Husserl and the Question of Relativism

The question of relativism is a perennial one, and as fundamental and far­ reaching as the question of truth itself. Is truth absolute and universal, the same everywhere and for everyone? Or is truth historically, culturally, biologically, or otherwise relative, varying from one epoch or species to another? Although the issues surrounding relativism have attracted especially intense interest of late, they continue to spark heated controversies and to pose problems lacking an obvious resolution. On the side of one prevalent form of relativism, it is argued that we must finally recognize the historical and cultural contingency of our available means of cognition, and therefore abandon as naIve the absolute conception of truth dear to traditional philosophy. According to this line of thinking, even if there were univer­ sally valid principles, knowledge of them would not be possible for us, and thus an absolute conception of truth must be rejected in light of the demands of critical epistemology. However, when truth is accordingly relativized to some contingent subjective cognitive background, new difficulties arise. One of the most infamous of these is the logical inconsistency of the resulting thesis of relativism itself. Yet an even more serious problem is that the relativization of truth makes truth itself contingent, thereby undermining the motivation for preferring one belief or value to another, or even to its opposite.