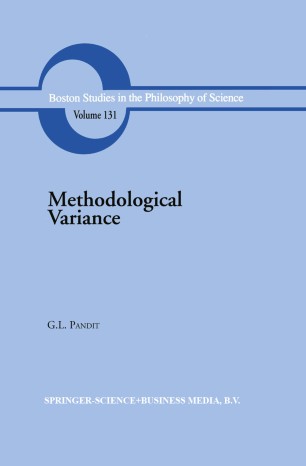 Essays in Epistemological Ontology and the Methodology of Science

Part of the Boston Studies in the Philosophy of Science book series (BSPS, volume 131)

For a philosopher with an abiding interest in the nature of objective knowledge systems in science, what could be more important than trying to think in terms of those very subjects of such knowledge to which men like Galileo, Newton, Max Planck, Einstein and others devoted their entire lifetimes? In certain respects, these systems and their structures may not be beyond the grasp of a linguistic conception of science, and scientific change, which men of science and philosophy have advocated in various forms in recent times. But certainly it is wrong-headed to think that one's conception of science can be based on an identification of its theories with languages in which they may be, my own alternatively, framed. There may be more than one place in book (1983: 87) where they may seem to get confused with each other, quite against my original intentiens. The distinction between the objec­ tive knowledge systems in science and the dynamic frameworks of the languages of the special individual sciences, in which their growth can be embedded in significant ways, assumes here, therefore, much impor­ tance. It must be recognized that the problems concerning scientific change, which these systems undergo, are not just problems concerning language change.