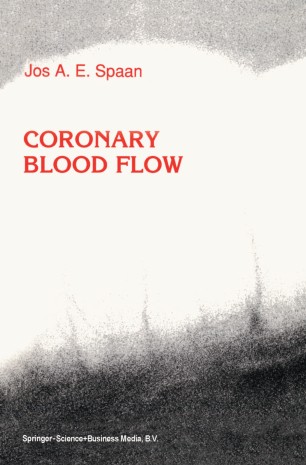 by JULIEN IE HOFFMAN One of the earliest coronary physiologists was Scaramucci who, in 1695, postu­ lated that during systole the contracting myocardium inhibited coronary blood flow. Since then, the many contributions that have been made to our knowledge of the coronary circulation can be arbitrarily divided into three phases based on advances in technical methods. The early phase of research into the coronary circulation, done with great difficulty with crude methods, may be regarded as ending in the 1940s, and it included major discoveries made by such well known investigators as Georg von Anrep, Ernest Starling, Carl Wiggers, and Louis Katz, who formulated much of our basic understanding of the field. After 1940, the field of coronary physiology entered a new phase when instruments for high fidelity registration of coronary flow and pressure became available. This era was domi­ nated by Donald Gregg who combined careful attention to the function of these instruments (some of which he helped to develop) with an extraordinary ability to discern mechanisms from apparently minor changes in coronary flow and pressure patterns. His book 'The Coronary Circulation in Health and Disease' set a new standard in the field. After 1960, techniques for measuring regional myocardial blood flow became available, and enabled a large group of eminent investigators to make major advances in understanding the physiology and pathophysiology of myocardial blood flow.