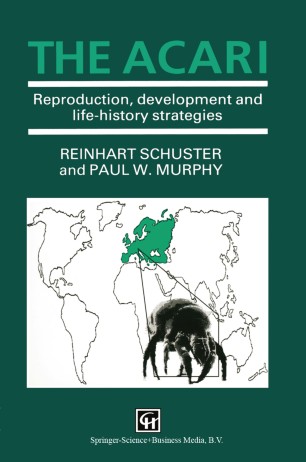 During the Inaugural Meeting of the European Association of Acarol­ ogists (EURAAC), held in Amsterdam in 1987, it was decided that the holding of a Symposium at regular intervals should be a major objective. With this in view, it was agreed that Professor Reinhart Schuster, the senior editor, be invited to accept the Presidency of the Association and, arising from that Office, to organize the first Symposium in Austria in 1988. There was strong support for a main theme focused on a particular aspect of acarology. From these discussions there emerged the proposal that emphasis be placed on aspects of reproduction, development and life-history strategies of the Acari. These were topics in the forefront of the discipline with exciting developments of interest not only to acarologists but to a wider audience because of the light they cast on fundamental processes in physiology, ecology and evolutionary biology. The object then was to invite a small number of key workers to present extended papers related to the main theme. There were seven of these all of which appear in the book. The remaining 51 contributions were offered papers a number of which fit within the framework of the Symposium theme.