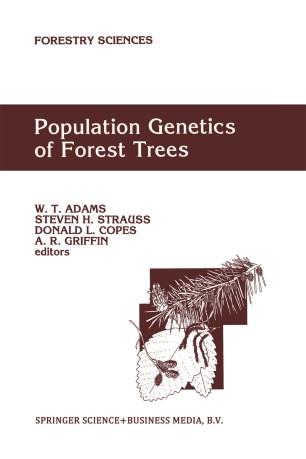 Tropical climates, which occur between 23°30'N and S latitude (Jacob 1988), encompass a wide variety of plant communities (Hartshorn 1983, 1988), many of which are diverse in their woody floras. Within this geographic region, temperature and the amount and seasonality of rainfall define habitat types (UNESCO 1978). The F AO has estimated that there 1 are about 19 million km of potentially forested area in the global tropics, of which 58% were estimated to still be in closed forest in the mid-1970s (Sommers 1976; UNESCO 1978). Of this potentially forested region, 42% is categorized as dry forest lifezone, 33% is tropical moist forest, and 25% is wet or rain forest (Lugo 1988). The species diversity of these tropical habitats is very high. Raven (1976, in Mooney 1988) estimated that 65% of the 250,000 or more plant species of the earth are found in tropical regions. Of this floristic assemblage, a large fraction are woody species. In the well-collected tropical moist forest of Barro Colorado Island, Panama, 39. 7% (481 of 1212 species) of the native phanerogams are woody, arborescent species (Croat 1978). Another 21. 9% are woody vines and lianas. Southeast Asian Dipterocarp forests may contain 120-200 species of trees per hectare (Whitmore 1984), and recent surveys in upper Amazonia re­ corded from 89 to 283 woody species ~ 10 cm dbh per hectare (Gentry 1988). Tropical communities thus represent a global woody flora of significant scope.