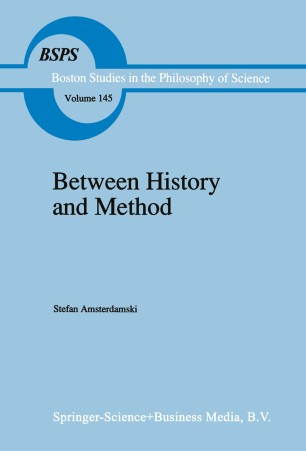 Between History and Method

Disputes about the Rationality of Science

Part of the Boston Studies in the Philosophy of Science book series (BSPS, volume 145)

In this book I have tried to develop further the ideas expressed in my previous work, Between Experience and Metaphysics, which was published in the same series in 1975. Several years have passed since the original Polish edition (and then 1 the Italian translation) of this book appeared. The fact that the principal ideas expressed in it have withstood, as I see it, the brunt of criticism, has led me to remain basically with the original text. Two main changes have, however, been introduced. First, I have added an Appendix containing the original version of a paper I presented at the Wissenschaftskolleg zu Berlin in June 1988 and a short postscript to that paper referring to comments made during two dis­ cussions at the Kolleg. Let me briefly explain the reason for this addition. In recent years the landscape for historical and philosophical in­ terpretation of the evolution of scientific knowledge has altered. The strongest of the new contenders for epistemological recognition are social constructivists, who analyze in detail how knowledge is produced within specific social settings, including the instruments and procedures of par­ ticular laboratories and the economic and political realities of particular scientific communities. The local character of these studies raises the question of whether they can ever provide generalizable epistemological claims.