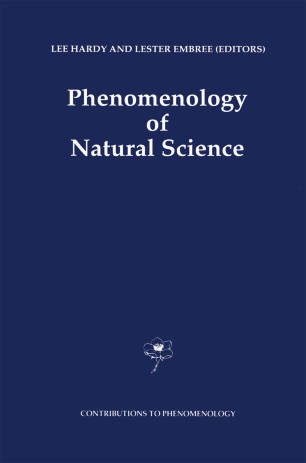 Part of the Contributions to Phenomenology book series (CTPH, volume 9)

Contemporaryphilosophyseems a great swirling almost chaos. Every situation must seem so at the time, probably because philosophy itself resists structura­ tion and because personal and political factors within as well as without the discipline must fade in order for the genuinely philosophical merits of performances to be assessed. Nevertheless, some remarks can still be made to situate the present volume. For example, at least half of philosophy on planet Earth is today pursued in North America (which is not to say that this portion is any less internally incoherent than the whole of which it thus becomes the largest part) and the present volume is North American. (Incidentally, the recognition of culturally geographic traditions and tendencies nowise implies that striving for cross-culturalif not trans-cultural philosophical validity has failed or ceased. Rather, it merely recognizes a significant aspect relevant from the historical point of view.) Episte- Aesthetics Ethics Etc. mology Analytic Philosophy Marxism Existentialism Etc. Figure 1. There are two main ways in which philosophical developments are classified. One is in terms of tendencies, movements, and schools of thought and the other is in terms of traditional sub-disciplines. When there is little contention among schools, the predominant way is in terms of sub-disciplines, such as aesthetics, ethics, politics, etc. Today this mode of classification can be seen to intersect with that in terms of movements and tendencies, both of which are represented in the above chart.