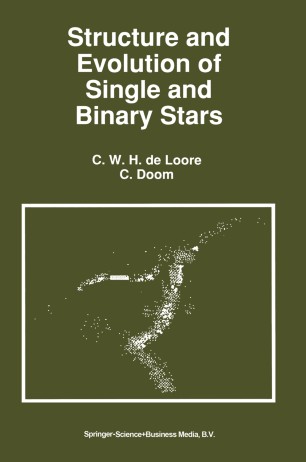 Structure and Evolution of Single and Binary Stars

Classical stellar evolution theories have undergone some drastic changes in recent decades. New insights into the development of stellar interiors were obtained from studying stars in various stages of their lives, as well as with the help of fast computers, which gave a boost to the branch of numerical modelling of stellular structure and evolution.
This book is divided into two parts. The first part deals with the general aspects of stellular structure and evolution including a chapter on numerical modelling. The second part deals with specific evolutionary aspects of single and binary stars with a variety of masses. The last chapter gives several models of stars with specific masses.
The book is intended as an introduction for students, as well as a reference for researchers.