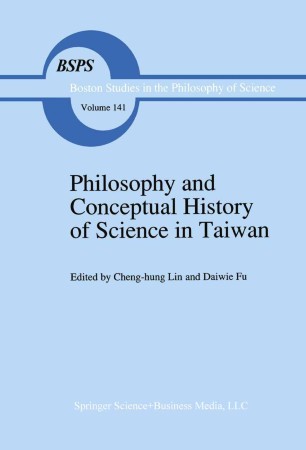 Philosophy and Conceptual History of Science in Taiwan

Part of the Boston Studies in the Philosophy of Science book series (BSPS, volume 141)

Scholarly studies of mathematics and the sciences, carried out by philos­ ophers and historians in Taiwan in recent years, have two main goals: first, positive and critical participation in the logical analysis of scientific theories and scientific explanation; and second, conceptual clarification joined with faithful historical investigation of the sciences of traditional and modem China. In this book, Professors Cheng-hung Lin and Daiwie Fu have gathered fine representative essays from both endeavors. Their two introductory discussions guide the reader in three ways. First, we have insightful remarks concerning the development of science studies in Taiwan during the past three decades. Then we see the place of such studies, particularly those in the logic and methodology of science, in the philosophy of science as that discipline has evolved in the West in recent years. Finally we have an account of the changes that have occurred among philosophers and historians of Chinese science as they have turned away from an assump­ tion of Western definitions of scientific achievement, a tum that is common to Taiwanese, Chinese, Japanese and Western scholars.