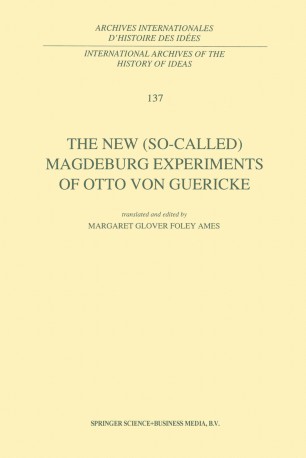 Otto von Guericke has been called a neglected genius, overlooked by most modern scholars, scientists, and laymen. He wrote his Experimenta Nova in the seventeenth century in Latin, a dead language for the most part inaccessible to contemporary scientists. Thus isolated by the remoteness of his time and his means of communication, von Guericke has for many years been denied the recognition he deserves in the English speaking world. Indeed, the century in which he lived witnessed the invention of six important and valuable scientific instruments -- the microscope, the telescope, the pendulum clock, the barometer, the thermometer, and the air pump. Von Guericke was associated with the development of the last three of these; he also experimented with a rudimentary electric machine. Thus his Experimenta Nova was an important work, heralding the emerging empiricism of seventeenth century science, and merits this first English translation of von Guericke's magnus opus.