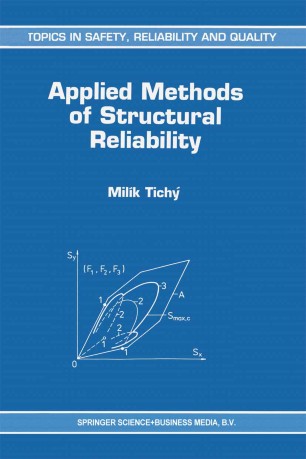 Part of the Topics in Safety, Reliability and Quality book series (TSRX, volume 2)

A quarter of the century has elapsed since I gave my first course in structural reliability to graduate students at the University of Waterloo in Canada. Since that time on I have given many courses and seminars to students, researchers, designers, and site engineers interested in reliability. I also participated in and was responsible for numerous projects where reliability solutions were required. During that period, the scope of structural reliability gradually enlarged to become a substantial part of the general reliability theory. First, it is apparent that bearing structures should not be isolated objectives of interest, and, consequently, that constntCted facilities should be studied. Second, a new engineering branch has emerged -reliability engineering. These two facts have highlighted new aspects and asked for new approaches to the theory and applications. I always state in my lectures that the reliability theory is nothing more than mathematized engineering judgment. In fact, thanks mainly to probability and statistics, and also to computers, the empirical knowledge gained by Humankind's construction experience could have been transposed into a pattern of logic thinking, able to produce conclusions and to forecast the behavior of engineering entities. This manner of thinking has developed into an intricate network linked by certain rules, which, in a way, can be considered a type of reliability grammar. We can discern many grammatical concepts in the general structure of the reliability theory.