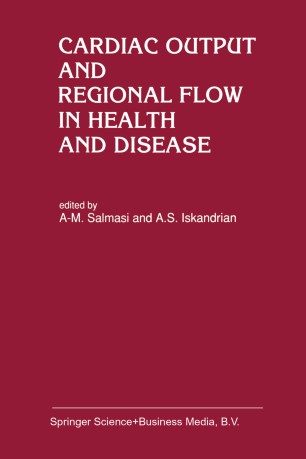 Cardiac Output and Regional Flow in Health and Disease

Cardiac output has always been a subject of interest to both clinicians and researchers in different branches of medicine and surgery. In the last decade more attention has also been paid to its application in pediatrics, neonatology, fetal medicine and pregnancy. Better understanding of the peripheral circulation has provided more insight into the patholophysiology of different diseases. Many cardiac and non-cardiac disorders affect cardiac outputs. Monitoring of the changes in cardiac output is also important in the acutely ill patient. There are several methods to measure cardiac output, each with advantages and pitfalls.
This book deals with all relevant aspects of cardiac output in eight parts: part one describes the methods of measuring cardiac output and a comparison between the catheterisation based and the noninvasive techniques, while part two describes the changes in cardiac output due to physiological causes. Part three describes cardiac output in cardiac diseases and systemic hypertension. Cardiac output in acutely ill patients is discussed in part four. Effect of cardiac medications, temporary atrial pacing, permanent pacing, pharmacologic stress testing and anesthesia are covered in detail in part six, while changes in cardiac output in noncardiac diseases are described in part seven. Finally great attention has been paid in part eight to the regional circulation including cerebral, coronary, skeletal and splanchnic circulations. A separate chapter discusses in detail the dynamics of blood flow.
This book will be useful both to the cardiologists as well as to physicians in other fields of surgery and medicine and to their trainees. Readers will find this book an interesting and a useful reference on the topic of cardiac output.