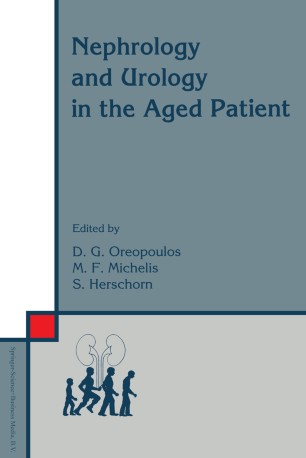 Nephrology and Urology in the Aged Patient

Part of the Developments in Nephrology book series (DINE, volume 34)

The master tool of logic is the syllogism. If A> Band B> C, then it must follow as the night the day that A > C. If the major and minor premises are true or scientifically correct by current knowledge, the conclusion is true or at least scientifically correct by current knowledge. The demographer of today beams a clear message, which if not true is at least scientifically correct by current knowledge. In the first 80 years of the Twentieth Century, the 'over-65' population of Americans increased eight­ fold. By century's end it will have increased 12-fold and shortly thereafter will include one in five Americans. While initially a fact of the developed world, the pace of similar graying is accelerating even more rapidly in the Second and Third Worlds. This gray delta constitutes about 35 million living Americans, who may use one-half or more of the health care resources. A would have to be a lot more foolish than B if they failed to recognize that in the coming decade the causation, case-mix, and area of the gray delta demands a change from early, mid-or even later-century medicine. If Homer Smith was right in saying, "We are what we are because we have the kind of kidneys we have" and "The kidneys make the stuff of philosophy", then the who, what, where, when, and why the gray delta will be cared for must focus on the stuff of geriatric nephrology.