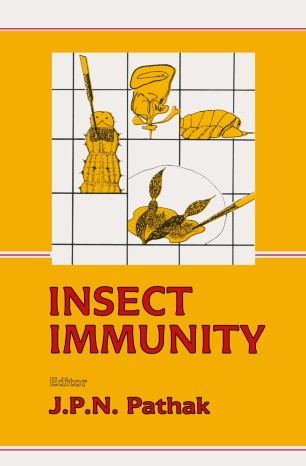 Immunity in insects is different from immunity in vertebrates. Insects lack immunoglobulins even though they are capable of reacting against foreign components with effective defense mechanism. There has been a marked advancement in most of the fields of science in the past two decades. Insect immunity is also one of them. It is a developing subject which is now established as a new branch in insect study. This treatise is an attempt to compile meaningful articles of leading workers in this field, nevertheless we do not claim that leadership in insect immunity is by any means restricted to them. The idea is to provide a vibrant description of various aspects of "Insect Immunity". With the rapid development of the subject, it is difficult for any one author to discuss all the aspects of an area in a limited number of pages, even then they have done their utmost to include the entire development of the subject in their articles. The treatise deals with insect haemocytes, their population, isolation and role in defense mechanism, humoral encapsulation, inducible humoral antibacterial immunity, cellular immune reactions, role of endocrines, role of prophenol oxidase system in cellular communication, haemagglutinins and impact of parasite on insect immune system. Some topics could not be covered because experts in those area though willing could not complete their commitment within time limits.