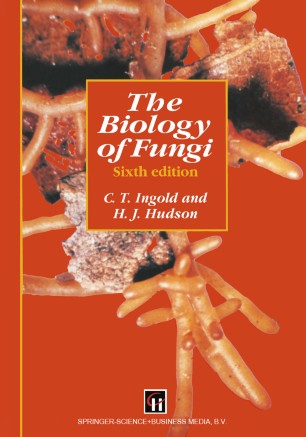 The Biology of Fungi

This book has passed through a number of editions each involving some modifications while retaining the general character of the first. The most substantial changes occurred in the fifth (1983), but that is now out-of-date. Mycology has not been immune from the rapid evolution of biology in the past decade and the preparation was a long way beyond the capacity of the older writer (C.T.I.). So a younger one (H.J.H.) has collaborated with him. Substantial changes have been made throughout, particularly in relation to taxonomy but in general Chapters 1-7 have undergone relatively little revision. However, this is not true of Chapters 8-12 where the influence of the younger author is paramount. The basic idea of the book remains, namely to present fungi as living organisms profoundly affecting the lives of other kinds of living organisms, especially Man. Their study is of the greatest importance and what is more it is great fun. Many of the diagrams have been retained, but some have been redrawn and new ones added. Weare pleased to acknowledge the patience and artistic skills of Mrs Lindsay J. Wilson in producing these. Some coloured plates have also been introduced from photographs taken by H.J .H.