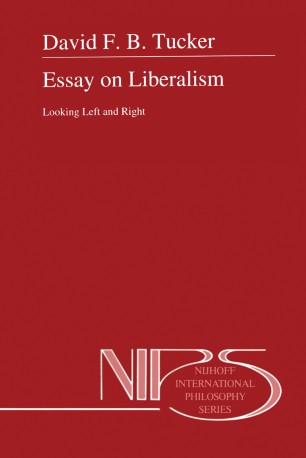 This book offers an introduction to liberal political philosophy, adopting an analytical form of presentation. I consider arguments which inform contemporary debates; by articulating paradigmatic ways of thinking and reviewing competing conceptions of justice and democracy, I hope to present a characterisation of contemporary liberal thought which allows the reader to gauge its potentiality and relevance, and to comprehend in a systematic way some of the many disagreements between liberal writers and the strengths and weaknesses of the claims they make. The reader should also become familiar with the arguments of the most forceful critics of the tradition. The exercise is intended to introduce a way of theorising and my emphasis will be on philosophical analysis and reconstruction. I aim to delineate a variety of intellectual positions in a way that displays their logical coherence. I examine competing conceptions of 'democracy', 'free speech', 'equality' and 'individualism' that inform our political debates in contemporary liberal democracies. These philosophical differences determine many of the policies adopted by governments, for example, whether they forbid racist and pornographic speech, whether they regard abortion as a private matter, whether they oppose efforts to distribute wealth in the name of equity, and what they accept as constituting , due process of law'. By proceeding analytically in the way I propose, we should reach a greater understanding of the disagreements between liberal writers when they make judgments about policy issues of this kind; and we will be better placed to make evaluations.