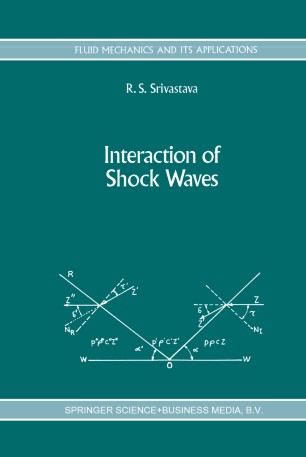 Part of the Fluid Mechanics and Its Applications book series (FMIA, volume 22)

One of the great twentieth-century achievements in the mechanics of fluids was the full elucidation of the physics of shock waves and the later comprehensive development of understanding of how shock waves propagate (i) through otherwise undisturbed fluid and (ii) in interaction either with solid bodies or with independently generated fluid flows. The interaction problems (ii) were soon found to raise some very special difficulties (beginning with the common formation of "Mach stems" in shock-wave reflection) yet they also turned out to possess enormous scientific interest as well as being highly important in practical applications. For all these reasons the appearance of this book on "Interaction of Shock Waves" by one of the world's major contributors to knowledge in that field is most particularly to be welcomed. It covers all those approaches to the subject which have been found fruitful, and most satisfactorily goes into comprehensive detail about each. At last the important achievements of the leading research workers, experimental as well as theoretical, on shockwave interaction problems are brought together in a single convenient and well written volume. I warmly congratulate the author and the publisher on having performed, for the benefit of everyone interested in the mechanics of fluids, this immensely valuable service.