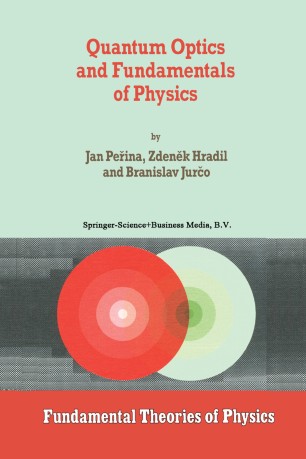 Quantum Optics and Fundamentals of Physics

In last years increasing attention has been again devoted to interpretations of quantum theory. In the same time interesting quantum optical experiments have been performed using nonlinear optical processes, in particular frequency down conversion, which provided new information about nature of a photon on the basis of interference and correlation (coincidence) phenomena. Such single-photon and twin-photon effects of quantum optics provide new point of view of interpretations of quantum theory and new tests of its principles. The purpose of this book is to discuss these questions. To follow this goal we give brief reviews of principles of quantum theory and of quantum theory of measurement. As a fundamental theoretical tool the coherent state technique is adopted based on a general algebraic treatment, including the de­ scription of interaction of radiation and matter. Typical quantum behaviour of physical systems is exhibited by nonclassical optical phenomena, which can be examined using photon interferences and correlations. These phenomena are closely related to violation of various classical inequalities and Bell's in­ equalities. The most important part of this book discusses quantum optical experiments supporting quantum theory. This book may be considered as a continuation of previous monographs by one of the authors on Coherence of Light (Van Nostrand Reinhold, London 1972, second edition D. Reidel, Dordrecht 1985) and on Quantum Statistics of Linear and Nonlinear Optical Phenomena (D. Reidel, Dordrecht 1984, second edition Kluwer, Dordrecht 1991), which may serve as a preparation for reading this book.