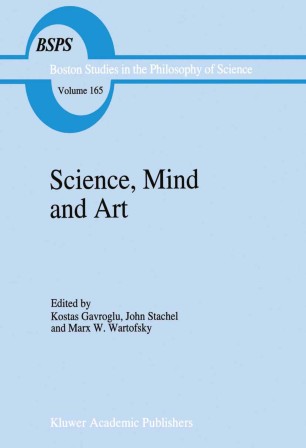 Essays on science and the humanistic understanding in art, epistemology, religion and ethics In honor of Robert S. Cohen

Part of the Boston Studies in the Philosophy of Science book series (BSPS, volume 165)

In three volumes, a distinguished group of scholars from a variety of disciplines in the natural and social sciences, the humanities and the arts contribute essays in honor of Robert S. Cohen, on the occasion of his 70th birthday. The range of the essays, as well as their originality, and their critical and historical depth, pay tribute to the extraordinary scope of Professor Cohen's intellectual interests, as a scientist-philosopher and a humanist, and also to his engagement in the world of social and political practice.
Science, Mind and Art, Volume III of Essays in honor of Robert S. Cohen focuses on issues in contemporary epistemology, aesthetics, and philosophy of mind as well as on the relations of science and human values in ethical and religious thought. It also has important new work in contemporary metaphysics, as well as in the history of philosophy, and on questions of multiculturalism in science education. Contributors include Paul Feyerabend, Adolf Grünbaum, Joseph Margolis, Joëlle Proust, Erazim Kohak, Elie Wiesel, Miriam Bienenstock, and John Silber, among others.