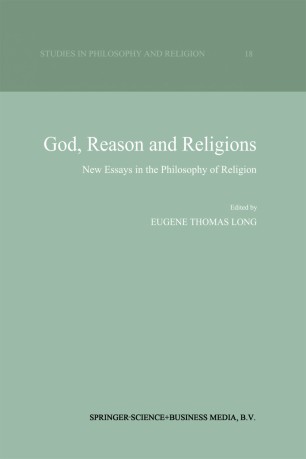 New Essays in the Philosophy of Religion

Part of the Studies in Philosophy and Religion book series (STPAR, volume 18)

The first issue of the International Journal for the Philosophy of Religion appeared in the Spring, 1970. This collection of essays is presented in cele­ bration of the twenty-fifth anniversary of the journal. Contributors to the volume are to be counted among today's leading philosophers of religion. They represent different approaches to the philosophical consideration of religion and their published work is helping shape discussions of the philos­ ophy of religion as we approach the beginning of the twenty-first century. Considered by some to be terminal at mid-century, the philosophy of reli­ gion has undergone a renaissance during the second half of the century. And the journal may be said to provide some of the explanation for this develop­ ment. A special debt of gratitude is owed to Edgar Henderson, Robert Leet Patterson and Henry Sprinkle, founders of the journal. Without their vision and determination it would not have come into existence.