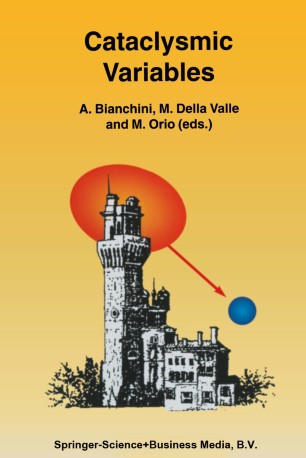 Cataclysmic Variables (CVs) are well furnished laboratories in which one can investigate a number of important physical processes. These processes include: thermonuclear reactions, nebular physics, winds, mass accretion phenomena on compact objects, magnetohydrodynamics, plasmas, thermal and non thermal radiative processes, relativistic phenomena, dust forma­ tion, etc . . In the recent year the most exciting development in our opinion was that the small, cold and invisible secondary components of CV s were found to be the prime motors for the evolution of close binary systems, disclosing new scenarios for research. All branches of astronomy and as­ trophysics often take advantage of the new ideas brought by the study of CVs. It is for this reason, we believe, that meetings on CVs are important for most of the astronomical community. The idea of a Congress on CVs in Padova has been fluttering in the air for a few years. After all - we thought - a large part of the scientific heritage of Padova and Asiago Observatories is represented by the study of variable stars and, in particular, of CV s, as Prof. L. Rosino reminded us at the very beginning of the Congress. We finally chose Abano Terme as the site of the Conference, not merely because Abano is one of the most famous centers in Europe for mud therapy, and astronomers easily suffer from rheumatism, but also because we knew that a very hearty welcome from the Abano Municipality and touristic associations awaited us.