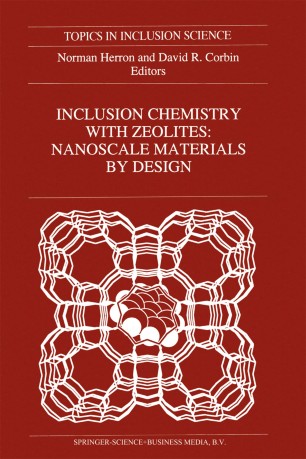 Zeolites, with their crystalline microporous structures, are cordial hosts to a wide variety of guests. However, it was the abrupt and unexpected departure of one of these guests (water) from a host (stilbite) on heating which led Cronstedt, in 1756, to coin the term "zeolite" (from the Greek meaning "boiling stone") to describe this material. Since that time, approximately 40 different naturally-occurring zeolites have been discovered on earth. Recent studies of meteorite compositions have shown that these guest-host materials (e. g. , sodalite) occur in other parts of the universe as well. However, it wasn't until the twentieth century that synthetic routes to zeolites and other non-aluminosilicate molecular sieves were discovered. In addition, with the development of X-ray diffraction and the various spectroscopies, better understanding of the nature of the cavities, cages, and channels of these materials has led to the industrial exploitation of their guest-host properties. The world of zeolites has now expanded into a greater than 2 billion pound per year business, with major applications in detergent formulations, catalysis, and as adsorbents and desiccants. Their economic impact is difficult to determine; however, the improvement in gasoline yields alone (from catalytic cracking) must account for hundreds ofbillions ofdollars in increased GDP. In this volume, we have brought together a sampling of recent developments in various areas of guest-host or inclusion chemistry in zeolites.